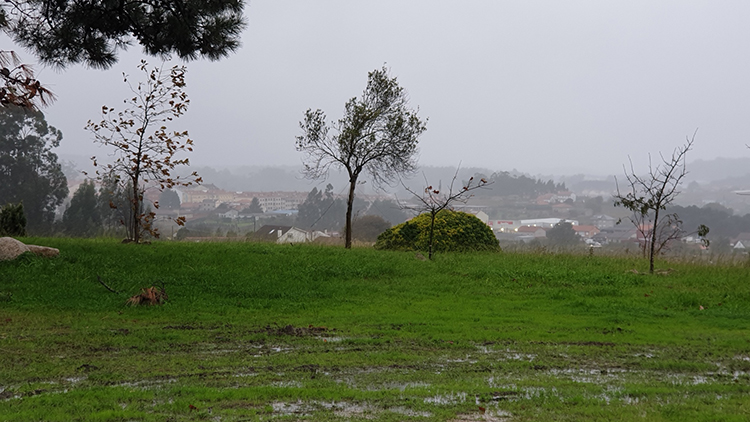 The last two winters in Galicia were both unusually dry. Our region is know as ‘Green Spain’ for a reason, and of course, this this usually relies a great deal on the amount of rainfall that we experience during the winter months.

After a hot, dry summer in 2022, when the ground was unusually parched and the risk of forest fires was high, it appears now that the month of November is much more typical of our Galician climate. A large part of the month has been wet, with long periods of persistent rainfall (actually just what we need for replenishing our diminished water table). At least we have been lucky that the rain is evenly distributed and that we have not really suffered the sudden, torrential downpours that have created such catastrophic flash-flooding in other parts of the world.

One of the other factors in the midst of all of this, is that temperatures have remained higher than we would normally expect. For the last few weeks the thermometer has barely fallen below 16/17°C (60-62°F), which is probably 3 or 4°C higher than we would normally expect at this time of year. The downside of higher temperatures is that it delays the start of our pruning. We usually wait for colder temperatures when leaves start to fall and the sap inside the plant also recedes for the winter leaving dry, dead wood for cutting.