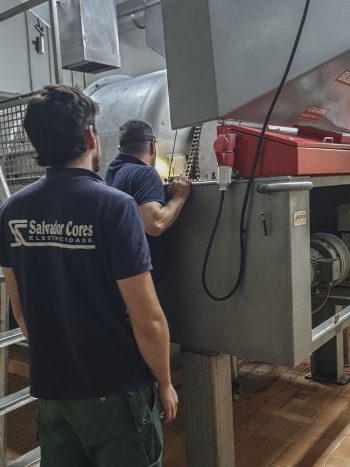 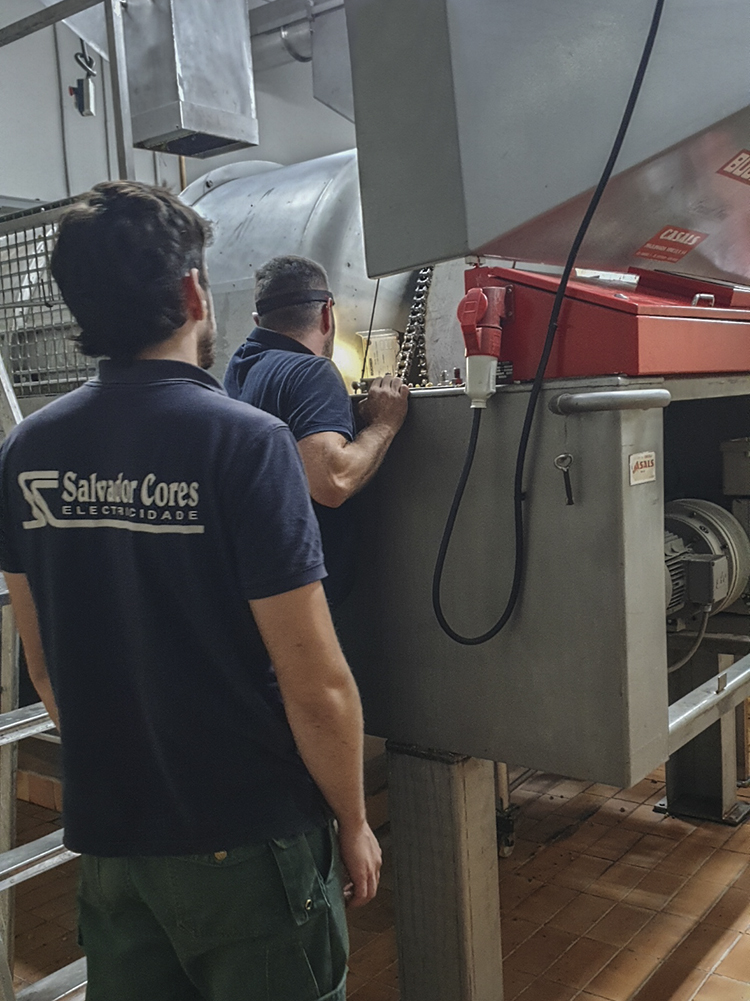 For our final day the sun was beating down (as it has been for the last couple of days, with a temperature of around 29°C / 84°F). With one final vineyard left to finish we hoped that this would be a short day. As I have mentioned in previous years we have to wait until the final grapes are collected before we can load the presses. The weight of fruit has to be distributed evenly as our presses cannot function if they are only half full. Again, this would mean another waiting game.

At about 5.30pm the last grapes were in, calculations were made, and presses were loaded. All was going well until about 8.30pm when there was a very loud bang and one of the presses stopped in the middle of its cycle. Clearly, from the sound alone, we could deduce that this was probably a mechanical failure rather than an electronic issue. We were not wrong.

The press had only just started it’s 75 minute cycle, and was stuck, leaving us unable to rotate the cylindrical tank of the press in any direction. This left us with a dilemma. If the press could not be repaired then how could we remove the partially crushed fruit and move it to the other press? We were considering all options, including taking our shoes and socks off and using ancient methods!

In short, after more than two hours, the engineers were able to make at least a temporary repair, this meant that at least the cycle could be completed and we could keep our feet dry (at least for this harvest)!

Apart from this final drama, the 2022 vintage has probably been slightly better than we anticipated, and after a very dry summer, our yields (litres/kilo) were more or less normal. Now we move on to the winemaking (albeit this is already well under way).