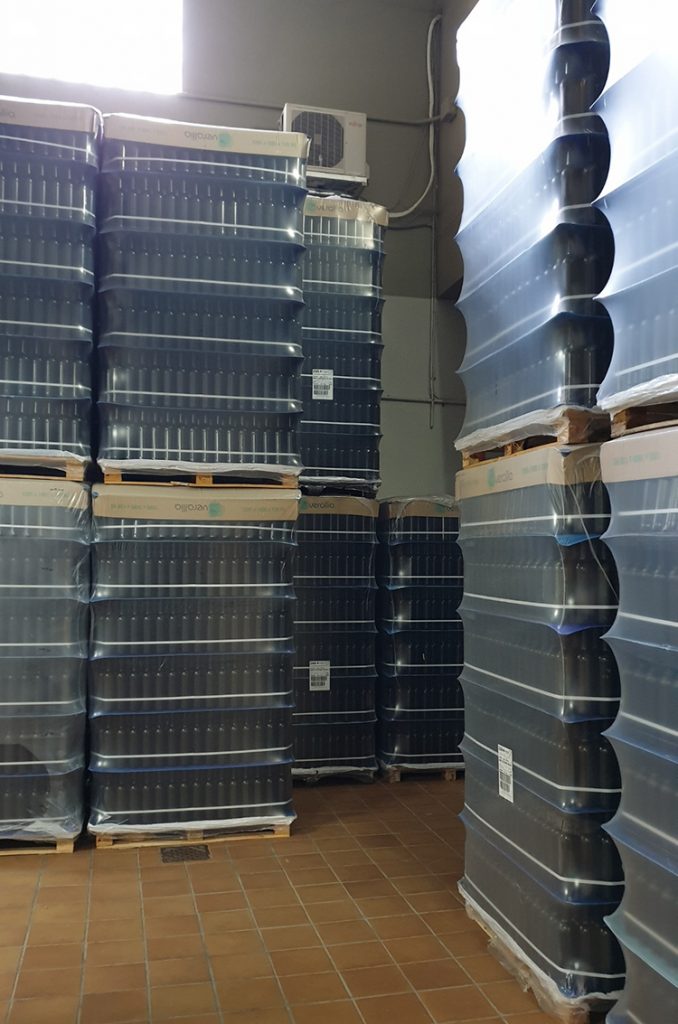 Over the last few months there have been some fairly serious supply chain issues – shortages of bottles, slow deliveries and not to mention some really significant price increases.

At one point the supply of bottles was a serious concern to us, as we were accumulating orders that we couldn’t fulfil, simply because we didn’t have the necessary materials in stock. The problem of bottle supply was complicated by the co-operatives and other larger bodegas who were virtually ‘cornering’ the bottle market, as they filled their yards and warehouses with bottles. As a slightly smaller bodega we were left scratching around, doing our best to acquire some stock (almost to the point of begging). It was a huge concern.

Eventually, the problem started to ease a little (as I guess, the big players had all the stock that they could handle) and we were finally able to procure a few pallets….. well, I say a few, but in reality we bought rather a lot!

Although it is possible to leave pallets of bottles in the open air, we prefer to keep them under cover to eliminate the risk of contamination by dust and humidity. Suffice to say that our already limited storage space came under severe pressure with pallets piled high, approaching every square millimetre of our warehouse.

At one point we were almost inclined to answer our phones as “Botellas Castro Martin” rather than Bodegas!!