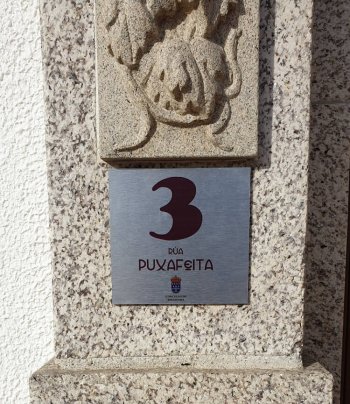 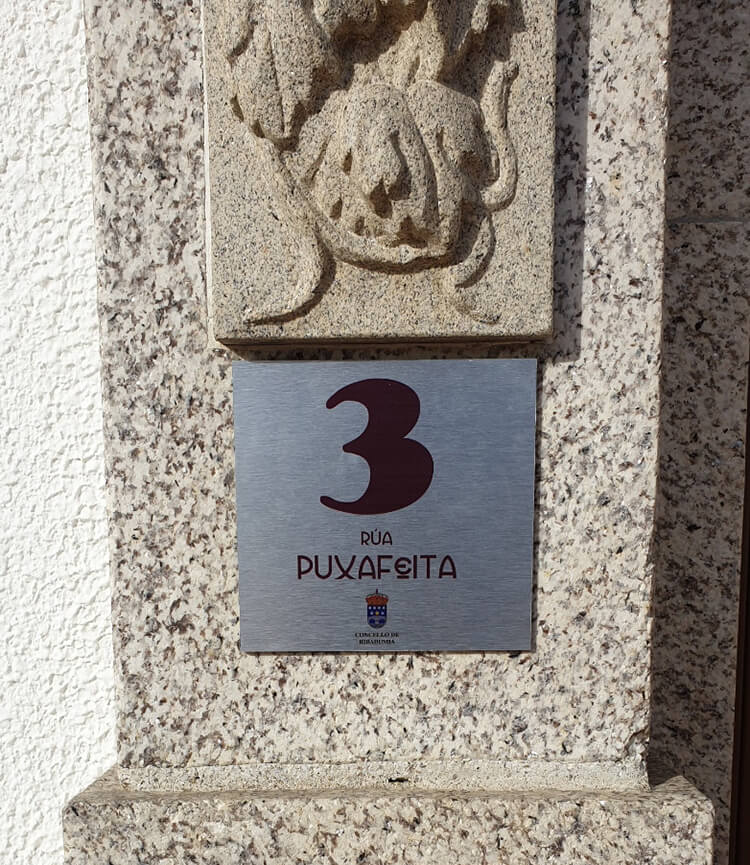 No, this does not mean that we came third in a wine competition, but it does mean that we now have an official number on our door!

Yesterday afternoon our doorbell rang. I was confronted by a man in his high-vis yellow jacket carrying a small plaque and glue gun (and yes, it was fully loaded). “Where do you want it, mate?”, or words to that effect. “Where do I want what?”, I replied. He showed me the small plaque – it was the official street number of our bodega, which apparently had to be fixed at precisely 1.50 metres above the ground.

I was just a little taken aback, as we had had no say in the design or lettering of this plaque, nor had we been advised that it was even coming. It was the definition of a ‘fait accompli’!!

Anyway, I argued a bit with this Council ‘jobsworth’ (an official who upholds petty rules even at the expense of common sense), and eventually persuaded him to attach it at slightly below the sanctioned height. With a slight grimace he left, glue gun in hand, to continue his mission with our unsuspecting neighbours.

So now, we are officially Rúa Puxafeita 3