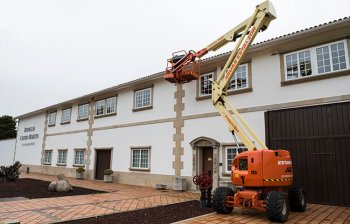 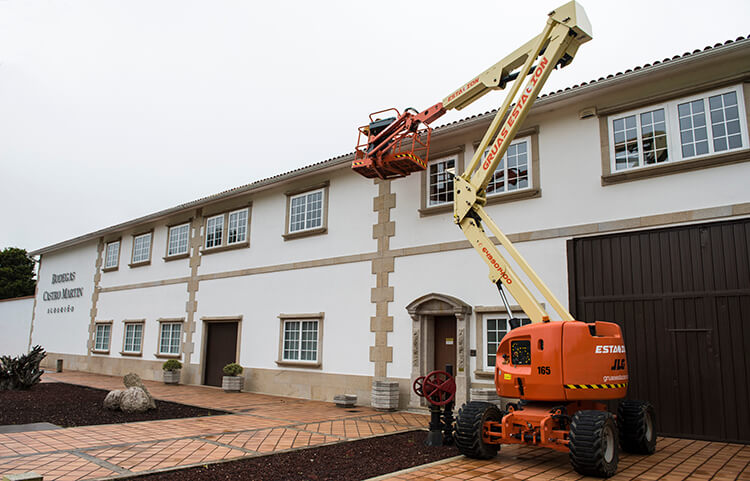 Over the last few months our efforts have been focused almost exclusively on the vineyards, simply because the task of pruning needed to be complete before our vines spring back into life. Thankfully this job is now behind us, or at least until next year!

In the meantime our poor bodega has been largely abandoned, not only because of the pruning, but mostly owing to the pandemic. To be honest there hasn’t been a lot of activity (in the form of orders) over the last few months, and so now, we can finally turn our attention back to our ‘home’ – we have a lot to catch up on.

At the end of last week we hired a platform to carry out a few jobs that needed a bit of elevation – cleaning gutters, pruning a couple of big trees, changing some exterior floodlights, and so on. Fairly mundane stuff, but still jobs that needed doing.

Today we will do a bit of pressure washing on a few pathways, followed by some painting around our car parking areas…. all riveting stuff!