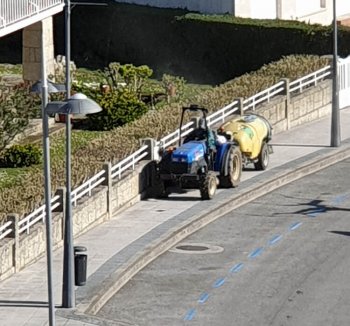 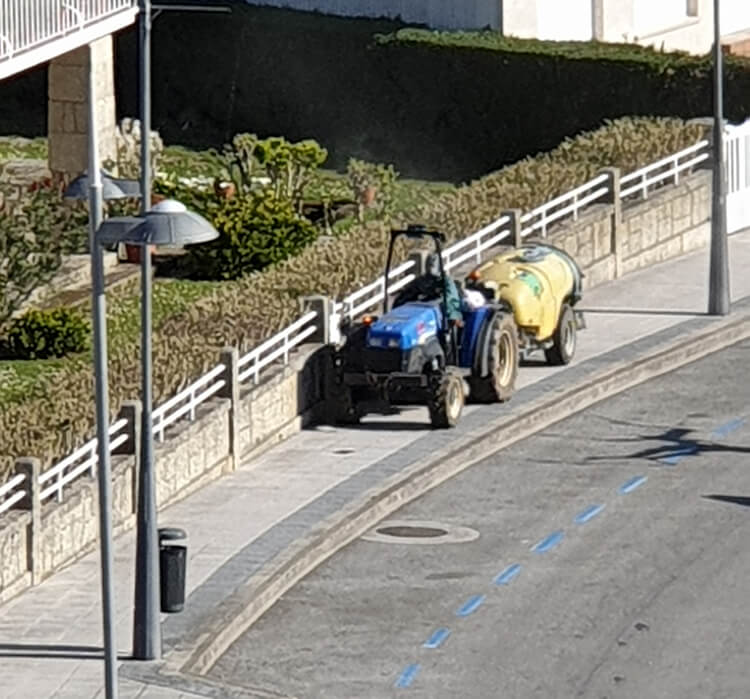 Whilst Spain is almost at the end of its second week of lock down, the news is still very grim – in the last 48 hours we have seen the death toll increase to nearly 700 per day. Obviously it is the most populous areas, such as Madrid, that have been hit the worst, and locals were very worried when, shortly prior to the lock down, hundreds of Madridlenos decided to flee the city to seek refuge out in their Galician summer homes. Apart from the obvious health risk, the infrastructure (now in winter mode), was, and is, simply not geared up for this sudden influx of visitors. Supermarkets were stripped bare (in a country where panic buying hasn’t really been an issue at all).

Our streets are completely deserted, but today they were frequented by a rather unusual type of vehicle; a farm tractor with treatment tank being used for spraying the streets – presumably with disinfectant, and not a treatment for protecting grapes! Probably just as well there were no pedestrians….