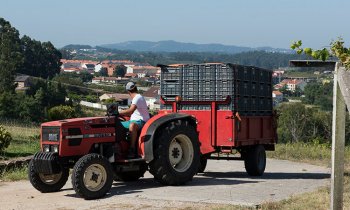 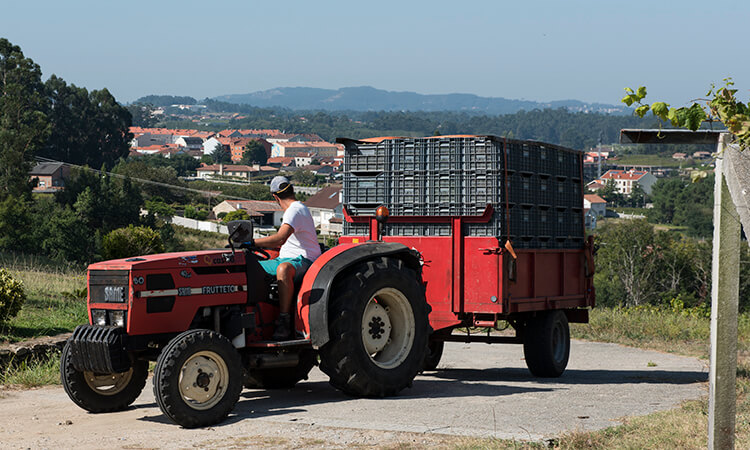 Yet another hot, sunny day. The irony of this is that Galicia is experiencing excessive heat, whilst in the South of Spain several people have now died in flooding caused by catastrophic rainfall. Fortunately it was not quite as hot as Friday, and by mid-afternoon some light cloud cover provided at least a little respite for our teams, both inside and outside the bodega. Unfortunately this cloud was short-lived.

In some ways Saturday was a routine day, but in another way perhaps slightly different. As with every harvest, a lot of our suppliers prefer to pick and deliver their grapes on a Saturday, and so not only is it busy, but it is nearly always a last minute rush! The bodega can be fairly quiet during the day, but once the sun begins to set then that’s when the really fun begins. The secret to dealing with this is simple, to have a good, hard-working, well organised team – some unloading the trailers, some loading and emptying the presses and others washing the cases. (Thank goodness the case washing machine that we installed last year is now working properly – last year was a bit of a nightmare as the filters were choking up every ten minutes which made it very much stop-start!).

We are stepping up the pace as much as we can simply because of the late summer heat. The high temperatures mean quite simply that the potential alcohol is increasing and the acidity is dropping. Obviously, as always, we want our wine to be as typical of our ‘cool-climate’ as possible. Let’s see what Sunday brings!