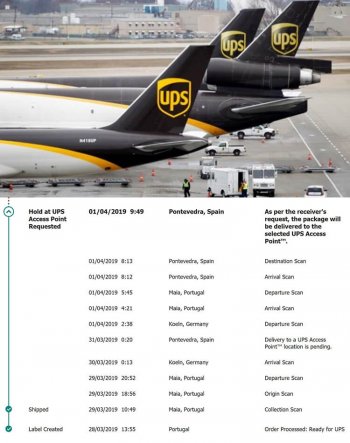 Not an April Fool’s 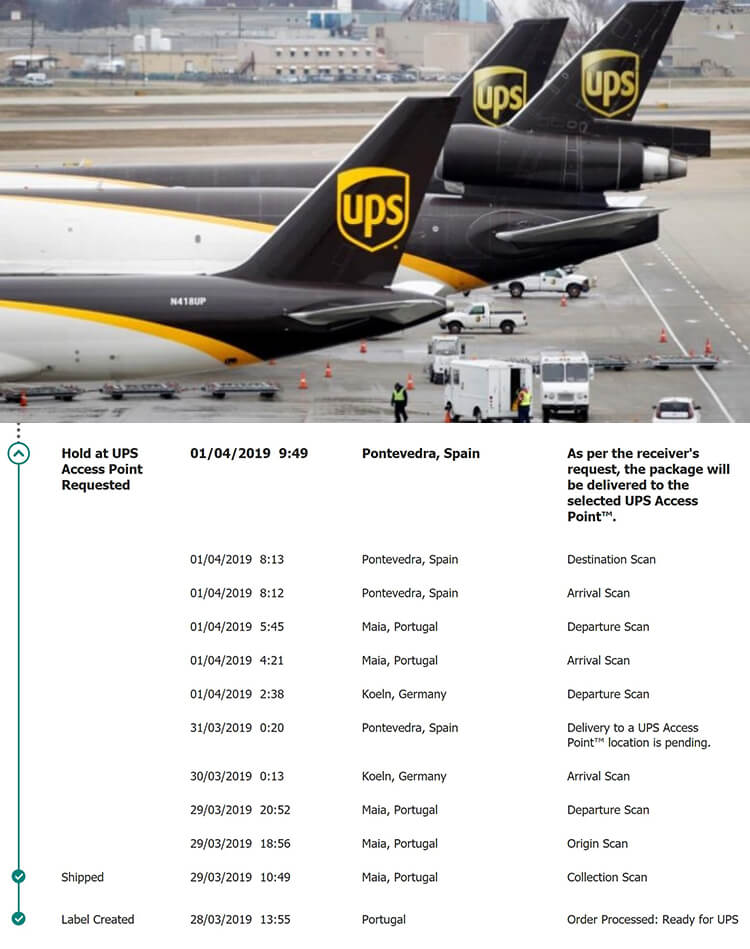 To be honest, I was scratching my head trying to invent a story for April Fool’s that would be both funny and yet plausible, but then it happened all by itself. A trivial story, but so stupid that it’s almost beyond belief.

I am expecting an envelope from Portugal (Porto to be more accurate), which was sent on Friday via UPS.

It left Maia, the main UPS depot just north of Porto on Friday evening (only about 150km from it’s destination here in Pontevedra), and arrived back in Maia at 4 o’clock this morning. Apparently it had been for a little weekend excursion to Köln in Germany (for reasons best known and understood only by logistics companies), adding a mere 3,200 km to it’s journey.

And here we are doing as much as we can to reduce our carbon footprint!