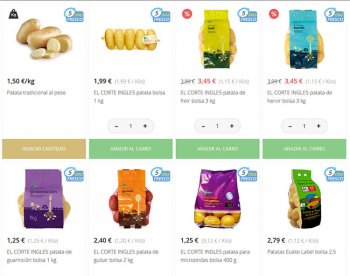 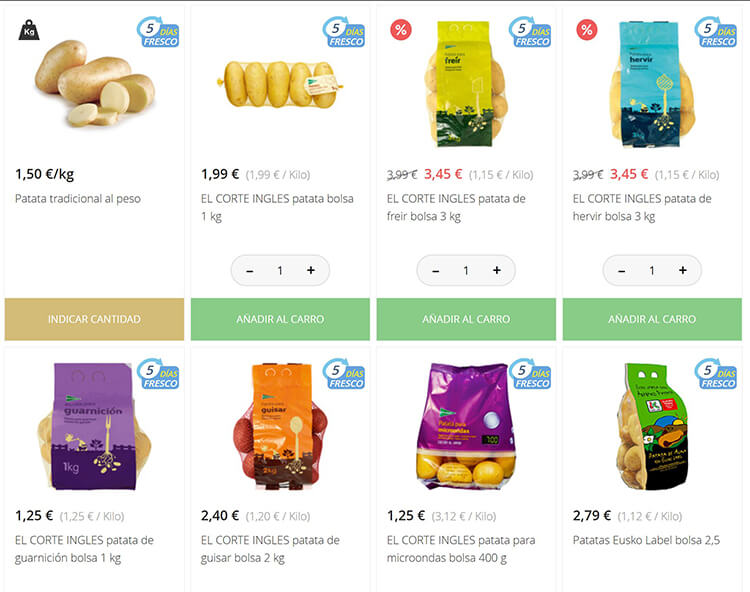 Imagine walking into a restaurant where the information on the wine list was restricted to merely the wine colour and country of origin. For example, you would be offered French red or white, Spanish red or white, Chilean red or white and so on. It would be a complete lottery and you probably wouldn’t be too happy about it… By simply adding the grape variety it would add a whole new level of information, and you might be at least be a little more confident about your selection.

Of course, the importance of varietal does not only apply to grapes, but also to many other fruits and vegetables. However, the problem is that retailers don’t always pass this varietal information on to the consumer. In the case of apples, pears tomatoes and a few other products variety is usually clearly indicated, but there are still just too many exceptions for my liking. Here in Spain there is one, nearly always omitted, that particularly annoys me. Potatoes!

Over here, potatoes are usually only distinguished by use or recommendation. For example, for frying, for boiling, for garnish (whatever that means), and my personal favourite, potatoes for cooking! The latter leaves me wondering how many people eat them raw?

Whilst I realise that for the majority of people this might be sufficient information, there are still two problems that arise. Firstly, the potatoes sold under each grouping are not always consistent, and more importantly, they are not always as advertised. For example, ‘frying’ potatoes that simply do not brown and refuse to crisp (even at super high temperatures). By simply including the variety it would then be much easier to avoid repeating this mistake again it the future.