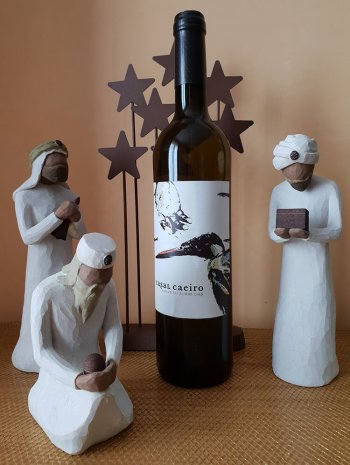 Whilst we are already a week into the New Year, the Christmas holiday has only just ended here in Spain. Yesterday, 6th January, was Reyes, known outside Spain as Epiphany. which celebrates the baptism of Jesus and is also known for the visit of the Three Kings. Some Spanish households still celebrate Reyes rather than Christmas, and gifts are exchanged on 6th January. This year, as 6th falls on a Sunday, some autonomies of Spain will have an additional ‘festivo’ day today – 7th January – but not here in Galicia, it is a normal working day.

Owing to this extended holiday, some businesses are only returning to full production this week, including ourselves, as many of our team return from their break. Thankfully they will be greeted by a busy month! To start the New Year we have some pretty large orders in the pipeline, that will necessitate at least two bottlings during the month of January. Of course, it’s always nice to start the year with a few orders in the book, but our longer-term goal will be to maintain this momentum throughout the year!