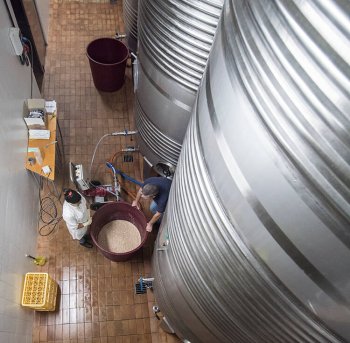 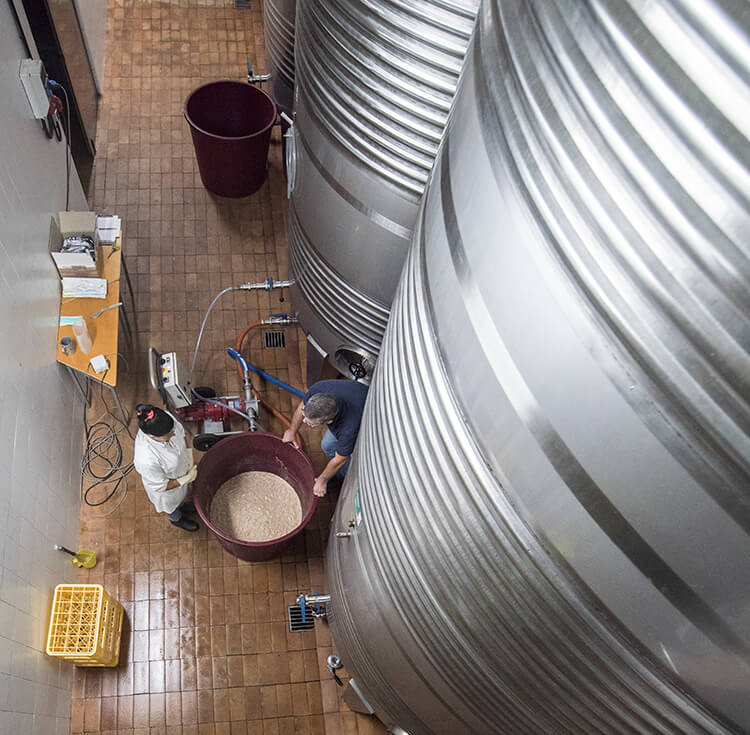 Just when you think that all the hard work, collecting grapes is done, then it all starts again inside the bodega. We have two huge programmes running simultaneously with one another…. The first is a deep clean, and when I say deep clean, it really has to be deep! Grape juice must be one of the stickiest substances on the planet (perhaps it could give Gorilla Glue a run for it’s money!) To be honest it’s not really ‘super’ sticky but it’s special property is that it simply transfers everywhere – there are few places that escape, so much so that a full change of clothes and shoes is really essential at the end of each working day. So now the task in hand is that we have to unstick everything, by far the most difficult chore being the presses – the epicentre of juice production.

The second, and most important project is getting the fermentation under way. I did post a quick photo a day or two ago, taken as we started to re-hydrate the yeast, but once this is done then it has to be carefully and slowly added to each tank, one-by-one. The process of seeding a single large tank (see photo) can take up to 4 or 5 hours – the smaller tanks are a bit quicker, taking about 3 hours. Of course this time includes the pumping-over after the yeast is added. Pumping over is simply a mixing process, when we connect the top of the tank to the bottom using hoses, and then circulate the juice and yeast mixture in a cyclical motion for a couple of hours.

The timing of fermentation is determined by the juice, when, after cold settling, the temperature recovers to a level warm enough to support the yeast. If the juice is too cold, then the yeast will simply die of shock – the result? No fermentation!

This year the temperature dictated that we were here for the entire weekend, meaning that for the last two or three weeks, none of us have had a break! Who was it said that running a wine cellar is a romantic profession?!