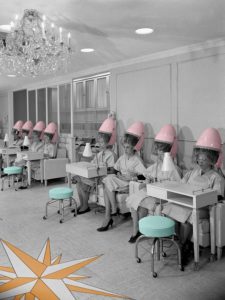 Apart from my early childhood, I have lived nearly all my adult life in cities. Of course, I now live in the small provincial ‘city’ of Pontevedra, and when I first moved here some 16 years ago, the change was quite a shock to my system. For example, the difference between London, where I worked, and the village of Barrantes, where I work now, was…. well, like being on a different planet. It was not simply a question of size, or the conveniences that you take for granted in a big city, but it was actually more to do with the ‘culture’ of village life.

London can be a very impersonal place, where you might not even know the person living next door to you. People could be crammed onto public transport, almost face-to-face and never speak, and to be honest it’s not really the easiest place for making new friends.

Barrantes is the polar opposite! Even people you have never met know who you are, and even personal details about your life. The thing is that people talk – in fact, a few that I know never stop talking. Perhaps even unwittingly they disclose information about themselves, their families, their neighbours and their friends, I think it’s what some might call ‘village gossip’. Perhaps it’s because I’m English, and already stand out from the crowd, but I have introduced myself to many people who actually already know who I am. My fame goes before me.