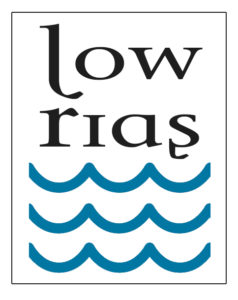 Behind the scenes in certain Galician offices there have been some, more or less, secret discussions. Apparently, for the last couple of years, our denomination have been discussing the idea of renaming our very own wine region – Rias Baixas. Their concern has been that many consumers outside Spain are a bit intimidated by the name, especially when it comes to the pronunciation. Of course, the word Albariño is comparatively simple for most people to wrap their tongue around, but when it come to our ‘lower estuaries’, then it becomes more of a problem.

Their solution, apparently, is a slight revamping, which at first glace, I have to admit, looks a bit odd. The reason is that the new name is pretty much what you might describe as being ‘Spanglish’ – half Spanish and half English (but rolls much more easily off the tongue). In the near future an official announcement will be made, no doubt involving huge wine press coverage and some fanfare.

I do not have the official date, but I can tell you (even though I’m not exactly sure that I’m supposed to), that very soon we will know as the ‘Low Rias’ wine region – complete with brand new logo.

It takes a bit of getting used to, but in the long term, if it makes it easier for the consumer, then it does make some sense.