Kebabs to be banned by EU? 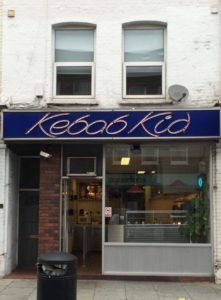 You say kabob, we say kebab (and the Spanish say kebap)!

OK, so this has absolutely nothing to do with wine, and would be a bit of a push to classify as ‘gastronomy’, but like any food, a well-made kebab and fresh salad can still sometimes hit the spot. It’s not that I am a particular fan of kebabs, but more that I am simply confused about the name. Depending on where you live, your shish, doner or whatever can be written kebab, kabob, kebap, cabob, kebob, albeit the true origin of the word (coming via Urdu, through the Arabic, meaning roast meat) is actually none of the above – it’s kabāb!!

Around the world there are many different types of kabab, but the single element that most have in common, is the skewer on which they are cooked. This is said to originate from Eastern Europe when the Turkic tribes cooked meat on their swords over open fires.

Many of us who enjoy the occasional doner kabab, might not know that this is also known as shawarma or gyro – a rotisserie or spit often placed vertically (Arab – shawarma, Greek – gyros). How we actually enjoy eating our shawarma, is yet another story! The ‘doner’ is claimed to be quite a recent invention – sliced, served in pita flatbread, with fresh salad, vegetables and/or pickles squished on top. Said to have been created in the 70’s by a Berliner, Kadir Nurman, albeit the Lebanese will tell you that the kabab, meat sandwich, has been around for centuries. It is the this new ‘doner’ which is currently under threat and could be made illegal across Europe, because of the phosphates that some variations contain and their links to cardiovascular disease.

Despite this latest scandal, I have to confess that in the early 80’s I would enjoy the occasional shawarma from my local Kebab Kid in Fulham, made with fresh lamb meat (not minced and reconstituted). It was so good that the shop is still there today, and still highly rated.