You can taste the patatas fritas… 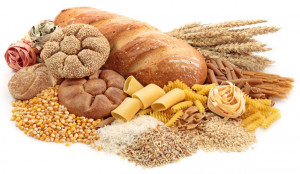 Apparently scientists have recently discovered that there is now a sixth taste that the human palate can detect – chips (or should that be French Fries?) Well, maybe not chips per say, but more specifically, starch. Until now the five primary tastes have been sweet, salty, sour, bitter and umami (the latter, a group of savoury tastes, added to the list as recently as seven years ago).

To be honest I have always considered starch as almost more of a texture, or a sensation, rather than a taste – slightly drying, slightly mouth-puckering, sometimes even a little tart. We now learn however, that starchy foods, often referred to as ‘carbs’ or carbohydrates, should be treated as a separate taste, and could explain our love of foods high in carbohydrate content such as bread, pasta, rice and potatoes (fried or otherwise). Previously it was always assumed that our addiction to carbs was caused by the sugar element, but apparently this belief has now been disproved.

Not content with this, scientists are continuing their quest to uncover, or should I say, to classify even more tastes that the human palate can detect and/or recognise. For example, metallic tastes or the specific taste sensation from carbonated drinks. Of course, every individual has their own degree of sensitivity to smell/taste, but almost certainly professionals (such as wine tasters) who work on a daily basis using these senses, will probably be much more receptive to any new discoveries.