Was that Elvis drinking Castro Martin? 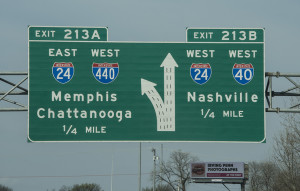 Now in Memphis and Nashville on the next stop of our American road trip, where not only has the taste of our wines gone down really well, but Angela and I have now also tasted something special for the very first time….. real Southern Hospitality. The people here are just so great, you could eat them with a spoon! But seriously, the most important thing of all is that they have really appreciated our wines and so converts to the new cult of Castro Martin albariño appear to be increasing….. we are thrilled.

So here in Memphis we find ourselves caught up in the middle of ‘March Madness’, where the elite teams of the NCAA (college basketball) compete for the National Championship. This weekend saw the start of the ‘Sweet 16’ games, where the final sixteen teams are whittled down to the final four – one from each regional tournament. The Southern games are being played at the FedEx Forum in downtown Memphis, and believe me, this is really serious stuff. National TV coverage and with a visit from the Vice President Mike Pence thrown in for good measure – he was disappointed to discover that MSU (Moscow State) had not made it through!! (Sorry, I couldn’t resist that one)

Just by way of information, Memphis is also the home to both FedEx and Graceland.