In the middle of the Med 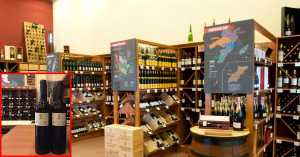 Not only do our wines appear on various cruise ships around the Mediterranean, but now they are also available on dry land, in the middle of the Med on the island of Malta. Historically one of Europe’s most strategic islands, located between Sicily and the North African coast. Over the centuries it has fallen under the rule of many a different regime and/or country including the Romans, Phoenecians. Moors, Spanish, French and the British, before finally achieving independence in 1964.

Our new customer – the Farsons Group, is not only a wine import company, but also owns a large brewery, manages some very well-known food franchises, and is an important food importer and distributor on the island. We are naturally quite delighted that such an important business has decided to represent our wines.

Of course , with it’s warm Mediterranean climate Malta is the perfect place to enjoy a chilled glass of albariño this summer (or any summer for that matter)!