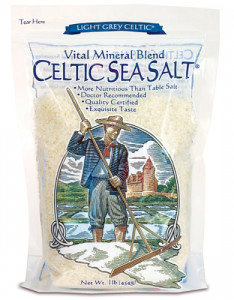 A few days ago I read an article about the increasing use of the term ‘salty’ or ‘saline’ in wine tasting, It is something that crops up quite a lot in the description of albariño, and yet I don’t really recall reading too many articles regarding it’s origin. My first conscious memory of this term was from the 1980’s when Jancis Robinson use the expression ‘salt-lick’ to describe, of all things, a fresh, young Beaujolais. I must confess that I was quite puzzled at first, but over time I came to understand the sensation that she was attempting to describe – more like a salty tang than pure salt…..

I am not sure if there is any one definitive reason why some wines have a slightly saline taste, but it’s probably down to a combination of several different factors. The French would call it ‘terroir’, and in this case they wouldn’t be too far wrong – certainly geography, geology and climate come into play, but then of course there’s the grape variety itself. Certain grape varieties are known for their specific flavour profiles, for example, you might find a bit of peppery spice in a Grenache, but perhaps not too much salt. Our own variety of albariño is sometimes referred to as the ‘wine of the sea’, not only because it’s a perfect match for fish and seafood, but also because tasters often use phrases such as salty tang or salinity in their descriptions.

From our own experiences I think it would be fair to say that this particular attribute doesn’t occur in every wine, in every vintage, but is more prevalent when a combination of factors come into play. For example, it appears to be more noticeable in wines that have a mineral backbone (it is suggested that minerality and saltiness often go hand-in-hand), which is an attribute that comes from the geology and geography of the vineyard. Also, any hint of saltiness is usually more prevalent in our ‘normal’ or cooler vintages – if there is too much heat and the resulting wine is fat and fruity with a high glycerol content, then this tends to mask any salinity, and it is therefore much less apparent. Of course one final factor, that I haven’t mentioned until now, is our proximity to the Ocean. Not only are there salts present in our alluvial soils, but also the winds and rolling mists from the sea will have an effect on the physiology of the grapes. The actual amount of transference from ocean to grape is difficult to quantify, but it is obvious that there must be a connection between the two.