Perhaps the worst timed mailshot of all time? 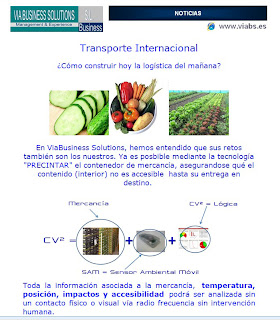 You would think that someone may have had the sense to either postpone this mailshot, or at the very least, change one of the photos.

At the very height of the E. coli scandal in Germany, with people allegedly dying from eating Spanish cucumbers, would you send out a mailshot effectively saying “we have a safer way of transporting your produce”, and then include a photo of a sliced cucumber? Perhaps they are implying that the produce might have been sabotaged whilst in transit? Whatever the intention I am not quite sure whether this is an example of very opportunistic marketing or it is just plain stupid!

Spain is now faced with a huge problem (regardless or not as to whether the outbreak did originate from these shores). The speculation alone has done untold damage to the export of  a large proportion of fresh Spanish produce around Europe, in a typical knee-jerk backlash. Millions of euros are being lost on a daily basis, and in the midst of an enormous economic crisis, Spain can ill afford it.

I must say that I find it uncharacteristically irresponsible of the Germans to point the finger at Spain without conclusive, irrefutable evidence. Talk about kicking a country when it’s down….