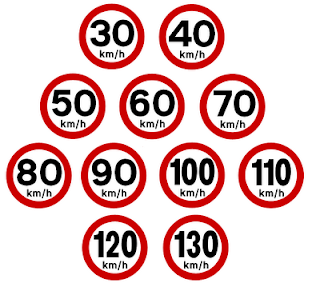 It’s clear that all the recent instability in the Middle East has caused chaos, not only on the streets of the countries concerned, but also in the crude oil market. Wild specualtion has predicted that prices could reach as much as US$200 a barrel (remembering that until recently we complained bitterly when the US$100 threshold was breached).

In an attempt to reduce consumption the Spanish Government has today implemented a new national speed limit of 110kph (68mph), reduced from 120kph. This is just one of several measures that will be introduced in the next year or two deisgned to reduce energy consumption around the country. Other schemes include the use of low energy bulbs in the home, air conditioning in public buildings will be subject to a minimum acceptable temperature in summer, and street lighting will be reduced by up to 50%, to name but a few.

Whilst this action is highly commendable – a public statement by Spain’s premier Jose Luis Zapatero, is not. In a very losely worded speech he defended the new speed limit by saying, in not so many words, “who cares if you’re ten minutes late for an appointment if you can save fuel”? The Spanish mentality dictates that you wouldn’t necessarily consider leaving home ten minutes earlier in order to compensate!

No doubt if I’m a little late for my long distance boat trip on Thursday the ferry will be obliged to wait for me (using the logic of Sr Zapatero)….