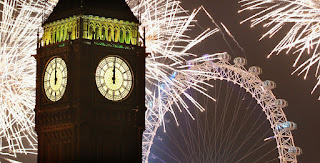 Firstly, a very Happy New Year to all our customers, followers, readers and even casual or accidental vistors to our blog!

The turn of a new year is often used by governments around the world as the time to introduce new legislation/taxes etc., perhaps in the hope that it might be forgotten or overlooked admist all the celebration and goodwill. Of course this depends on the type of change to be introduced, as some are simply too big, or too important to be suppressed. In the UK for example, it must be the 2.5% increase in the Value Added Tax, although I’m not entirely convinced that consumers really believe that it really does “add to the value” of their purchases! Here in Spain the new law is, once again, smoking….

I say again, simply because January 2nd sees the second phase of Spain’s no smoking law coming into effect. Until now, it has been only a partial ban which had so many loopholes and grey areas that it was mostly ineffective, and seemingly rarely enforced. To be honest it was more or less a complete waste of time, and the vast majority of people treated it, quite deservedly, with almost complete contempt.

The second phase which started two days ago is a complete ban on smoking in enclosed public places (which of course includes bars and restaurants, and can therefore have a knock-on effect on our own trade). It is argued of course, that the ban will have a devastating effect on businesses, as the possible penalties are fairly hefty (on paper at least).

Minor infringement will incur fines from 30 Euros up to 600 Euros, while very serious breaches may cost up to €600,000. How many will actually receive and/or pay these fines is another matter. Only time will tell.