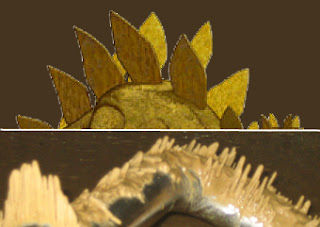 Are your sitting comfortably? Today I have a rather convoluted tale to tell…..

OK, so all of our wines are now classified as ‘sobre lias’, which means that we usually allow them between 5 and 6 months ageing on the lees. Under normal circumstances this would mean that they are not racked (clean wine drawn off ), until around April or May. That is of course, except for the tanks that we have to rack now – a contradiction perhaps, but please allow me to explain.

During the alcoholic fermentation the tanks are never filled to the top, simply because we need to allow space in each tank with which to work. When making additions to the fermenting wine, such as the bentonite that we use for fining, they have to be ‘pumped over’ in order to mix the product thoroughly with the juice. I can tell you from experience that when some of these additions combine with the carbon dioxide suspended in the new wine, the reaction can be quite violent and generate a huge amount of foam. If we do not allow the extra ‘head space’ at the top of the tank then a lot of new wine will quite simply end up on the floor!

When the fermentation finally finishes we seal the tanks and allow them to settle, but at this point they are still not filled to capacity. They do not oxidise because of the trapped carbon dioxide, and indeed we have to release the trapped gas every couple of days to more or less stop the tanks from exploding under the additional pressure.

Eventually the partially filled tanks have to be topped up – hence the reason that we have to rack some of the tanks now.

My picture today (apologies for the poor quality) shows the racking pipe at the bottom of one of the tanks, where the lees have come to settle. As you can see it looks like a row of mini stalagmites, or perhaps on the extreme left of the picture, the spine of a stegosaurus…..

Clearly I have been watching to many Jurassic Park movies!