Royal wine for a Royal wedding 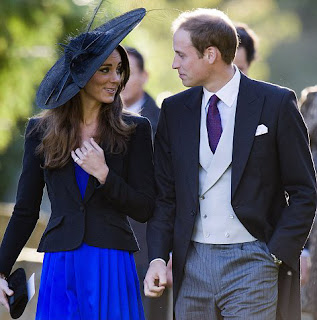 Less than 24 hours after the anouncement the UK is already being swept by Royal Wedding fever! Within hours the television channels were filled with royal engagement specials, and this morning every newspaper is crammed with details (not to mention a good deal of speculation), about the wedding itself – the date, the venue, what the dress will be like, what they will eat etc., etc. In addition, there is also the complete story of the latest branch to be added to the royal family tree, which to be honest, sounds rather like a TV mini-series in the making….”Meet the Middletons”.

I could go on, but suffice to say that the coverage is already breathtaking, so heaven only know what it will be like by next year when the wedding actually takes place.

Of course, the announcement of the engagement came as no real surprise, and had been expected for some time, so much so that a few commemorative plates and tea towels are already on the market – but this did get me thinking…..

Who will be the official supplier of wine to the wedding banquet, and will they select an albariño to go with their food? There are already labels on the market such as “Great with Meat” and “Great with Fish”, but what about “Great with Swan” – my guess is that it has never been done before!

We also know that the Queen is partial to a glass of German riesling (no mention of the Saxe-Coburg connection please), and let’s be honest, albariño is quite a similar wine style. I have to admit that being awarded a Royal Warrant would make a nice addition to our label.

Just as a quick footnote, I did a bit of research this morning, and you would be astonished to note how many albariño producers have claimed to be suppliers to the last Spanish Royal Wedding back in 2004. Apart from the fact that all the official suppliers were sworn to secrecy (they produced a special wedding label), if the number of bodegas making claims were true then it must have been one hell of a party – perhaps even a Royal Botellon!