Castro Martin – the mother of all bodegas 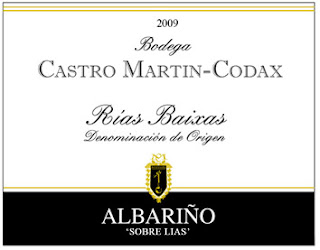 A few years ago Bodegas Castro Martin celebrated 25 years in it’s current location (built in 1981, first vintage in 1982), although Angela’s family had been vinifying albariño for generations before that.

In 2010 Galicia’s largest and best known co-operative Martin Codax also celebrated 25 years since their foundation, back in the year 1985. To celebrate this special anniversary they published a magazine which included a lengthy article written by the co-op’s first President – Manuel Noya Figueroa.

Imagine our delight to read in this article an acknowledgement of the help given by Castro Martin in the birth of Martin Codax, and therefore in the development of the denomination as a whole.

We have always been very proud of the foresight shown by Angela’s father Domingo Martin Morales in building one of the first ‘industrial’ sized bodegas in the area – also the first to incorporate stainless steel tanks for wine storage in Rias Baixas. Very few people will realise however, that these futuristic facilities were also utilized by what was to become, the regions biggest co-operative.

Before the building of Martin Codax was completed, their first vintage was bottled by hand and then transported to Castro Martin in cars and small trucks to be corked (obviously the prevention of oxidation was less of a priority at that time)!

I should also mention that in 1985 Castro Martin was already an established name in the area, and Angela believes that it was not a co-incidence that this new co-operative decided to incorporate the name Martin in their brand……