Has drinking in Spain reached Phase 2 ? 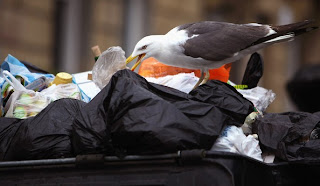 I seem to have been on my soap box quite a lot recently about the effects of alcohol on a minority of consumer’s behaviour, but as we approach mid-summer and the peak of the holiday season, the problem is probably a little more prevalent than usual.
I must start this post by holding my hands up and admitting that the UK, or to be more specific, Brits abroad, lead the world when it comes to alcohol-related bad behaviour, so in a sense I am speaking from the experiences that we have already witnessed with at least some of our own young people.

Phase 1 is what I call the happy phase, when a bit too much alcohol simply leads to over-exuberant, loud, but mostly non-aggressive behaviour – singing in the streets, as it were. From what I have witnessed so far, this is where Galicia seems to be at the moment……. but then, just occasionally, the first signs of Phase 2 start to appear.

Phase 2 is where a little mischief creeps in – seemingly innocent fun to the perpetrators, but actions that can have a lasting effect on the community. This morning for example, there were a couple of litter bins overturned in the street (not by the seagulls), and then I witnessed a group of you men in a local park damaging some children’s swings. I am sure it was not their intention, but the swings were broken nonetheless. To the neutral observer this might simply look like an act of vandalism, even if there was no malice intended.

Phase 3 is the violent phase – where the drinking turns to fighting and general aggression. In all honesty I think that Spain is a very long way from reaching this phase, and hopefully, unlike the Brits, this type of behaviour is not in their general psyche anyway.

Whilst I am confident in saying that probably very few, if any, of the young people that I see in the streets are getting drunk on Albariño, I am still very conscious of the fact that we make and sell alcohol. Seeing it abused in any small way always gives me a very uneasy feeling. We simply do not want the actions of the irresponsible minority spoil it for all of us and damage our industry.

Please enjoy our wines in moderation.