A combination of tales 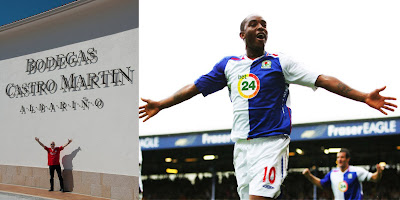 In a vain attempt to retain my correct BMI (otherwise known as middle-age spread) I go walking by the sea every morning. The only thing that occasionally spoils this idyllic daily outing, are the young people returning from their nocturnal exertions, usually under the influence of alcohol. I should add that they are never aggressive, but nearly always very loud – even so, as you approach them, you quite naturally get a very uneasy feeling, especially if the group is large.

Now, I have talked about the drinking habits of young Spanish people on many previous occasions, so I will not comment any further on the subject, except to say that any collective drunken behaviour in the streets only serves to add fuel to the anti-alcohol lobby, that could eventually damage our beloved wine industry.

On a lighter note, this morning, for the very first time, I donned one of my numerous Liverpool football shirts to go out walking (it does not usually cause too much offense that early in the morning). And yes, you guessed it, I bumped into one of the above-mentioned groups of young men, who shall we say, were a little worse for wear. By the time we had exchanged a few pleasantries about football, the World Cup and Liverpool FC, I was reluctantly drawn into joining them in a dawn chorus – a Spanish version of Anfield’s famous ‘Torres Bounce’!

Finally, another quick tale vaguely related to football. Yesterday, when I collected my car from the local dealership I noticed that the quality control questionnaire was addressed to a Señor Benni. Closer examination of the invoice revealed the name Benni McCarthy, a footballer who spent a couple of years in our region playing for Celta Vigo. I assume that at some point he must have bought a car from the same garage…. Although McCarthy is not a very common name in these parts, I was most surprised to be confused with him, not just because of the age difference, but also because Señor Benni is a coloured South African gentleman!