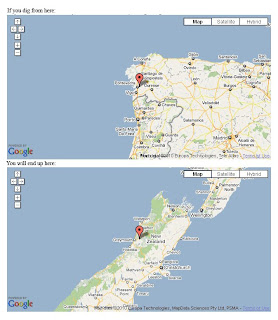 I guess that you must be thinking that I have not posted for a few days because I’ve been glued to my TV screen watching the World Cup football. Well, that is only half true. In fact I have been in England for almost a week, where I noticed that the country appears to be consumed by World Cup fever – every other car has an England flag, and even some staff in banks and post offices are wearing England football shirts….. but then, football is not really the theme of today’s post.

Just before I left, I read an interesting article in the local press mentioning that the French have now started to plant Albariño in the Herault region, near Montpellier. It does not surprise me to learn that the Galicians were very quick to dismiss this latest development, in effect saying that they do not consider it to be a serious threat, and that the Albariño from our region will always be superior to anything that the French can produce. Quite a natural reaction I guess.

Far more worrying to me was the almost casual remark at the end of the article, which more or less said “Oh, and by the way, they are planting Albariño in New Zealand too”. New Zealand is the home of many a fantastic Riesling, and the Kiwis certainly know how to handle cool-climate white varietals down there. I expect that in the future we will face much stiffer competition from New Zealand than we will from the South of France – but then this is just my opinion.

Now here’s an interesting footnote to this story – if I take out my favourite shovel in Pontevedra, and start to dig straight down through the centre of the earth, I will eventually emerge near Greymouth on the south island of New Zealand – not too far from the heart of wine making country. Just for a bit of fun try visiting this website, and see where on the earth you would emerge. Happy digging!