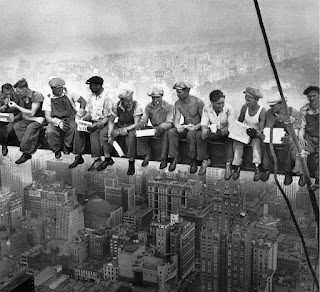 Galicia has three “International” airports, which in my opinion is probably two too many. The reason I say this is that all three are only separated by a distance of 160km (100 miles), and are all competing for exactly the same business.

The three different autonomies within our Province that manage these airports never see eye-to-eye, and as a result simply compete on all levels, apparently obsessed with outdoing their neighbour by building the biggest. All three airports are undergoing extensive (and expensive) development and reconstruction, even at a time when the economy, both locally and nationally, is falling apart.

In a way this mirrors the construction boom that has bought Spain to its knees – if you ask yourself the question, is this redevelopment actually needed, then the answer must be a simple, and yet emphatic, no!

To put this into some sort of perspective, take a look at the airports themselves….. At least two of the three airports have no more than around a dozen flights a day – so, on average, probably less than one an hour. Even for this small number they all still require air traffic control, police, fire, security, check-in, baggage handling, catering, maintenance, etc, etc, etc.

La Coruña airport in the north is built on top of a small plateau, and has a very short runway. It can just about handle an Airbus A320, although at 1,900 metres the runway cannot handle an A320 at full take-off weight (2,000 metres is required). With the stong winds and heavy rain often experienced in Coruña, it can be a bit ‘hairy’ to say the least – I swear that Angela and I once landed sideways there! Access to the airport skirts the city and is not easy, and the present car park is a 10 minute walk from the terminal.

Vigo airport is also carved into the side of a hill, and often finds itself shrouded in mist or low cloud, especially during the winter months. This problem has been solved recently by the upgrade to Category III landing equipment (more expense!), and with a runway of 2,400 metres it can comfortably handle the traffic that lands there.

Centrally located, almost equidistant between the two, is Santiago de Compostela – the jewel in the crown of Galician tourism. It boasts a runway of 3,200 metres (which I believe is even long enough to handle jumbo jets), and has a direct motorway link road. The surrounding land is comparatively flat, so there are no real weather issues with this location.

So, why doesn’t Galicia pool its resources and develop one major airport in Santiago? I know quite a number of people who are asking the same question.