How long is the re-cycle cycle? 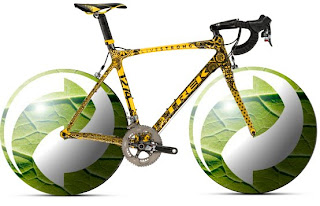 The subject of re-cycling has reared it’s head again this week as our carton supplier subjects us to yet another round of huge price increases – between 20 and 30% (they have been a little vague about the last increment which is why my figure is not more precise).

Their justification is the strengthening price of re-cycled carton, which apparently has risen quite sharply in recent months – our cartons consisting of around 75% re-cycled material.

Now, I never take these ‘excuses’ on face value, and therefore did a little studying of the paper market myself, going back as far as 2006. Like any other commodity, the price of re-cycled paper and carton moves up and down according to market demand, and until the last year or two it has remained fairly stable. It was early 2008 when we witnessed the first spike in the market, and quite naturally our carton supplier took this as a signal to increase carton prices (albeit by a fairly substantial margin). However, by the end of the same year, the price of re-cycled paper had plummeted to an all time low, and needless to say, the tariff of our supplier did not!

By the spring of 2010 the market had climbed slowly back to the level of early 2008, and despite already having a tariff based on the previous 2008 peak, our supplier decided to increase yet again, by this considerable, and in my opinion, completely unjustified amount! Perhaps you can detect that I am a little unhappy – I really need to change my supplier rather than taking it out on my poor computer keyboard……

Actually, this whole issue of re-cycling started me thinking. When we put our waste paper, used bottles and cans etc. into the appropriate containers, how many times do they come back? In theory the re-cycling cycle could be never ending, or is there a limit to how many times certain materials can be resurrected?