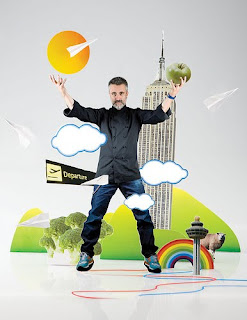 Well, here we are, fresh off the flight from New York, currently trying to fight sleep and get our body clocks back in sync with Spanish time.

I thought I would try to keep myself awake by making a quick post of one or two of my impressions from our trip – some good, and others not so good.

I will start with the good…..meat! Please remember that we live in the land of fish and seafood here in Galicia, and when they do serve meat, it is nearly always ‘ternera’, which is a slightly anaemic type of beef, rather nearer to veal than I would like, and therefore lacking the real red meat flavour that I often crave.

Of course this means that the minute I step off the plane in places such as NYC, I immediately head for the nearest steakhouse or burger joint, and this trip was no exception. OK, so it’s not good for my colesterol, but in the end this was only a short trip and so my meatfest just a bit of a rare treat. On the beverage side, I have to confess that my first NY burger was washed down with a well chilled American beer, and my delicious prime USDA steak was accompanied by one of my old favourites – Masi’s double-fermented Campofiorin. Sorry, not a Spanish wine in sight (nor even a Californian for that matter).

So that’s one of the highlights done with, and now for the flipside….. our flights with Iberia! Firstly, I have to say that I think they train their cabin crew by allowing them to suck on lemons – they have such sour faces all the time, and hardly ever break into a smile. And then, with their fixed, dour expressions, they tend to give the impression that they are doing you a favour whenever they serve you, and that they would much rather be somewhere else. I fly with Iberia quite a lot, on both domestic and international flights, and I’m afraid to say that this appears to be quite a common trait on the vast majority of my journeys with them.

Next comes their in-flight catering…. they boast a business class menu created by a two star Michelin chef, Sergi Arola, but what they don’t tell you is that the economy class food is prepared by a youth who was trained over the period of one whole weekend in a mobile burger van. It’s pretty grim stuff – the garnish of grey mashed potato really says it all!

By the way, let’s not mention their in-flight “entertainment” – suffice to say they are a little behind the times – the only choice of movie is shown on the single take-it or leave-it channel, on a tiny overhead screen that can be as far as ten rows away from you.

I regret to say that I don’t think that I am alone in my opinion of Iberia, they are generally not very highly rated on the various travellers websites that exist. Complaints seem to be quite frequent, especially when it comes to cabin service.

In future I think that the best option might be to ‘vote with my feet’ as they say, and seek out an alternative airline for my Atlantic crossings.