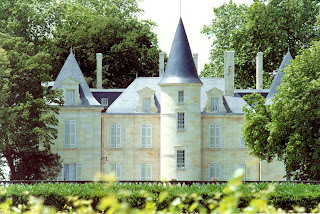 Forgive me for being a little cynical, but they’ve just held the annual ‘Primeur’ tastings in Bordeaux, and guess what?…… Yes, 2009 is yet another vintage of the century! (I just hope someone is keeping count – of both the vintages and the centuries!)
I used to attend this tasting every year myself, but unfortunately I don’t get much opportunity to sample many non-Galician or even non-Spanish wines these days. Of course this makes it impossible for me to judge exactly what is happening in Bordeaux, but suffice to say that I think that the expression “vintage of the century” has become a bit over-used, bordering on predictable. For example, I think this term has already been applied to both the 2000 and 2005 vintages in this decade, never mind this century.
The other thing that occured to me is how incredibly lucky the Bordelais actually are – or at least the ones who own properties at the top end of the classified growths. Even during a crisis (and this is certainly not the first) there often appears to be a new market that opens just in time to rescue sales, thereby preserving the astronomically high prices. This year it is the turn of China….
China now boasts more dollar millionaires than any other country on the planet, which hardly seems surprising for a country of 1.3 billion people you might think…. until you remember that it is still purported to be a Communist country – on paper at least. (Perhaps this is merely a good example of what they sometimes refer to as ‘Champagne socialism’).
Anyway, the Chinese have apparently developed a taste for very expensive red wine, and are single handedly doing their best to keep Bordeaux prices inflated – I just hope that they don’t use their Petrus to make Coca Cola spritzers as was once rumoured!

To finish on a slightly more positive note, top Bordeaux wines have always proved to be a very good investment, and as a tangeable asset they have been almost ‘recession proof’ over the last few decades. They regularly outperform the stock market, and as someone once reminded me, even if the market collapses, you can still have one hell of a party to drown your sorrows!