The other French paradox 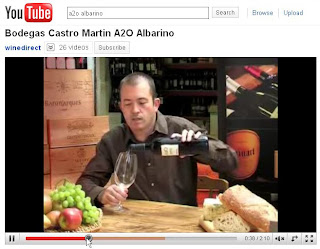 Now you would think that one of the most important wine producing countries in the world would have it’s own wine TV channel, wouldn’t you? Well, apparently not – the French government is blocking plans to set one up!

The French, quite incredibly, have probably the most draconian laws prohibiting the advertising and promotion of wine outside of the Muslim world. The law states quite simply that “all direct or indirect propaganda in favour of alcoholic drinks” on television, is completely forbidden. Apparently the controlling body will only give permission to the proposed channel if it drops its’ plans for programmes featuring wine-tastings and expert discussions on wine – but then what would be the point?

Reluctantly, the production company is now looking at alternatives – for example, basing themselves in Luxembourg and broadcasting to France via satellite, or possibly setting up in the UK. Whatever the solution, the founder of the channel has said “It’s not just surprising, it’s a scandal,” and to be very honest I tend to agree with him!

He went on to explain, “We want to have interactive wine-tastings where viewers give us their opinions . . . and have experts offering advice on what you should drink with such and such a dish. But that is banned in France’s prohibitionist environment. You can only talk about wine in the most abstract way.”
I guess one could argue that these new, stricter rules are working, as the French now consume an average of around 25% less alcohol than they did 20 years ago.