A new approach to binge drinking 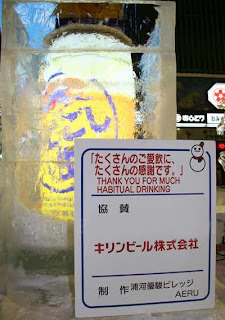 A sentiment somewhat lost in translation

The scourge of many a European country these days is that of teenage binge drinking, or “le binge drinking” as the French call it. In Spain it is known as the “Botellon”, and those of you who follow my blog will know that I have written about this many times in the past.

The reason that I have resurrected the tale of this troubling phenomenon is largely because of a story that I read about a new French initiative….. education. No, not teaching the kids how to drink more, but an attempt to teach them a little more about wine, and wine appreciation. A government report is recommending that university canteens hold wine-tasting sessions to educate the young in the virtues of moderate consumption!

With typical Gallic flair and imagination a well-known French gastronaut explained in a radio interview, “Why is there sexual education and not viticultural education? You can learn wine too. Drinking is not drinking a bottle. Wine is pleasure. It’s like love. It’s the same.”

OK, we all know that the French are a very passionate lot, but perhaps this type of reasoning could be stretching the point just a little too far…… It’s like love???

A former director of the Sorbonne added “In order to avoid the total freak-out that happens every Friday night and Saturday night … we want to try to teach students a sense of responsibility, to allow them to taste wine in very moderate quantities, and to show them that it is both a pleasure, good for their health … and a part of their national heritage.”

Unfortunately not everyone is in agreement with the idea of serving wine to students in their lunch break, saying that it is simply naive to think that this approach will reduce binge drinking, and adding that it is more likely to serve as a form of marketing for the wine industry.

On final, rather sobering, statistic is that, according to the Paris authorities, a fifth of 17-year-olds now drink at least five glasses of wine in a single sitting at least three times a month.