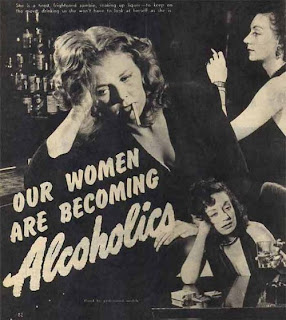 Despite living in Spain I still have access to UK television channels (thanks to an enormous satellite dish nailed to our roof!). Last night I was quite shocked to see the latest, and quite dramatic, anti-alcohol campaign launched by the UK’s National Health Service.

On many occassions, and on this very blog, I have mentioned that we support responsible drinking- everything in moderation, as they say. However, the claims made in this publicity are bordering on scandalous, and I believe, deliberately designed to engender fear.
Of course I have a vested interest in the drinks business, and perhaps I am not quite as objective as I might be, but I am also remembering that the claims made in this campaign come from a health department that projected there would be more than 60,000 deaths (in the UK alone), from the recent outbreak of swine flu. In reality swine flu officially resulted in 411 deaths, the vast majority of which were ast the result of complications from other, underlying illnesses. In addition to this, the UK government ordered 90 million doses of the H1N1 vaccine, but to date only 4.63 million have been used, (rumour has it that they are now using the surplus to treat broken bones!). It is no wonder that the World Health Organisation has accused European politicians of exaggeration and over-reaction, and is now reviewing response to the pandemic……. anyway, I digress.
The television advertising campaign claims that if a woman consumes just two glasses of white wine per day her blood pressure may increase, and this may significantly increase the likelihood of a stroke. In addition a female drinker could also develop mouth or throat cancer, liver damage and will perhaps suffer from depression.
Even trying to wear my ‘objective hat’ for a moment, this looks a little like deliberate scaremongering to me, and all this from just two glasses of wine a day? I am not quite sure which is worse, irresponsible drinking or irresponsible government propaganda……
Yes, there is no doubt that over indulgence in alcohol can, and does, cause health problems, but then again, so can eating too many doughnuts!
You may gather that I am more than a little angered by this seemingly exaggerated campaign. 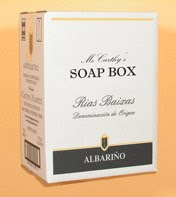