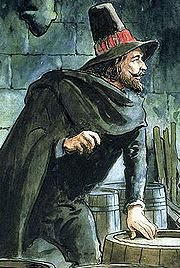 November 5th is Guy Fawkes night (or bonfire night) in the UK. It celebrates, or perhaps I should say, commemorates the failed ‘gunpowder plot’, when in 1605 Guy Fawkes and his co-conspirators were caught attempting to blow up the Houses of Parliament – seat of the UK Government.

More than a century later it became a tradition for children to make a grotesque effigy of Guy, parade it in the streets, and then burn it at the end of the day. More recently fireworks were added to the festivities, and the date has been celebrated ever since.

Fawkes was born in York, famous for it’s Roman walls and beautiful Minster, and like many large cities held it’s own annual firework party on 5th November, or at least until 2005 (the 400th anniversary of the plot). Since then the local Council have considered that the £70,000 spent on fireworks far too expensive, and that the money would be better spent on other, more deserving schemes.
The point to my story is that it simply highlights the differing attitudes to this type of expenditure between Spain and the UK.
Despite the recession, fireworks still remain big business here in Spain, not only in main cities, but in every small town and village around the country. As I have touched on in the past, no excuse is required to organise a fiesta over here, and fireworks nearly always play an integral part. Seemingly, no expense is ever spared as the money goes up in smoke, and as each local town tries to out do their neighbour.
Different countries, different cultures, different priorities……..