Tasting and the lunar cycle 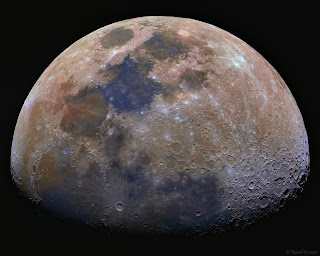 Now, I have been tasting wine for much longer than I care to remember, and at the peak of my wine buying career I would easily sample 100+ wines a day. Today the demand on my tastebuds is much more restrained, and often limited to tasting a couple of dozen tanks in our own cellar (which I do with Angela on a pretty regular basis).

Of course our tanks are all 100% Albariño and therefore the differences from one tank to the next can be fairly miniscule, and the evolution over time very subtle, but then there is something else that I notice from time to time….

There are days when I emerge from the cellar positively glowing about the quality of our wine, and then there are other days, when I am not quite so ecstatic. Now, this could be down to me – perhaps my own palate is not as sharp as it should be on certain days, although this is not a phenomenon that I have been aware of in the past. So what could be the reason for this apparent variation in quality? Could it be the moon?

Some UK supermarkets are now actually arranging wine tasting sessions around good and bad days as determined by the lunar calendar. According to a German grandmother called Maria Thun (back in the 1950’s) the calendar should be divided into four categories according to the relative positions of moon and stars – “fruit”, “flower”, “leaf” and “root”. Wine is best on fruit days, followed by flower, leaf and root days (best avoided completely on a root day). Tesco and Marks & Spencer are the latest supporters of this philosophy, and the two supermarkets now have a policy of inviting press and wine critics to taste their wine only on days which the calendar says are favourable.

Of course sceptics say that there is no proof to support Ms Thun’s theory, whilst on the other side believers argue that wine is, after all, a living organism and can therefore be affected by cycles of the moon. Finally, the more logical, scientifically minded amongst us might simply say that the apparent variations in taste are more likely to be caused by changes in atmospheric pressure, but who really knows for sure – it could be just in our imagination?

Perhaps it’s appropriate, with Halloween just behind us, that it all sounds like a bit of witchcraft. Personally I quite like the moon theory, albeit that the logical part of my brain tells me that it all sounds just a little far-fetched!