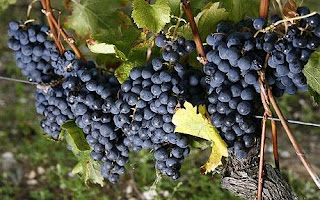 No sooner had I declared that we were pretty happy with our Albariño harvest this year than the Bordeaux producers jumped on the bandwagon and claimed to have produced their best crop in 60 years. It seems like they have already forgotten 2005 which they described as the ‘perfect’ vintage, not to mention that it is probably far too early in the campaign to make such bold statements. Usually such comments are reserved for the annual tasting which is held in Bordeaux every spring following the vintage (when the wines are still very much in their infancy). The cynical side of me tends to ask if this might have something to do with the very poor Primeur sales that they have experienced in the region over the last two years.

Now, I am not saying that it won’t be a good, or possibly even a great vintage (and certainly a bit of early hype never goes amiss), but it should be remembered that this comment was made by the director of the Bordeaux Institute of Vine and Wine Sciences, so you might say that he has a bit of a vested interest. I can also remember one French producer who claimed to have at least 4 or 5 ‘vintages of the century’ during the 1980’s alone – in the end such claims just start to lose any credibility.

An interesting footnote for numerologists or perhaps just for those who like to compile vintage charts – it would seem that 2009 has given us yet another good vintage ending with the year ‘9’. OK, so it’s a sweeping generalisation, but if you look back there are far more good vintages than bad ones, not to mention one or two truly exceptional – 1949, 1959 for example (not that I have any of these in my private cellar).