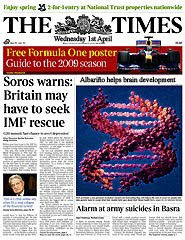 Barely a week passes these days without some expert or other telling us that we should eat this, or not eat that, as is may or may not be bad for our health. Indeed, sometimes the apparent contradictions can be quite stark, and often very confusing for the consumer.

Of course doctors and scientists often work around the clock to help develop new drugs or discover the ‘miracle cure’, when sometimes natural health enhancers can actually be something that we already include in our regular diet.

From around the world we see apparent examples of how eating habits can affect our longevity – the Japanese for instance, who eat a low fat diet that includes fish and rice etc, often living to a ripe old age as a result. A littler nearer to home there are cases such as Scotland, which has one of the highest rates of coronary heart disease on the planet – is this be down to the amount of fried food they consume, or could it just be genetic?

Anyway, now for some much more significant news about health and diet……

Back in 1992 a French scientist coined the expression the ‘French Paradox’, which indicated that drinking red wine in moderation was actually good for you (although the boom in consumption was not actually seen until a little later). The ‘paradox’ was that the French seemingly enjoyed a very low rate of coronary heart disease, despite including high levels of saturated fats in their diet. This was eventually attributed to their custom of consuming a glass of red wine with nearly every meal, and was therefore assumed to be beneficial.

In recent weeks Italian research also claims that red wine increases the female libido. See this Decanter article for the juicy details (and then nip down to your local supermarket to buy a bottle for the wife!)

And so to white wine – From new research in Massachusetts we now hear that some white wines (again taken in moderation) can actually stimulate sensory receptors in the brain, thereby increasing our capacity to process information.

Don’t ask me how or why lesser known varietals were included in the study, but apparently there is a specific enzyme in the Albariño grape variety that singles it out as being particularly effective! This is down to a chemical reaction that apparently takes place between the deoxyribose sugars that exist in human DNA and an enzyme in the wine, which results in heightened activity. Hands up everyone who even begins to understands that!……. Perhaps this could explain why we can sometimes feel a little euphoric when we have had one glass too many? (But this is just my own idea and not a part of the official research).

So now we sit back and wait for the world to react (and the orders to come flooding in), assuming that this new theory is not eventually contradicted by yet another expert.