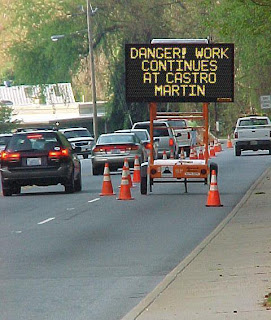 Firstly, we had to warn our neighbours of the ongoing work! 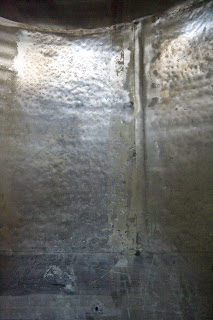 Before we started to carve up the wine cellar, we did in fact attempt to repair the tanks by quite literally beating them back into shape. Not only was this extraordinarily loud, but as you can see, it yielded a far from satisfactory result – this photo was taken from inside one of the tanks after the experiment. 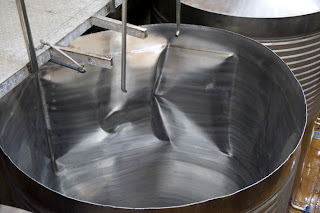 Once the top of the first tank had been removed the full extent of the damage was revealed, and it became abundantly clear that no amount of hammering would restore it’s shape. 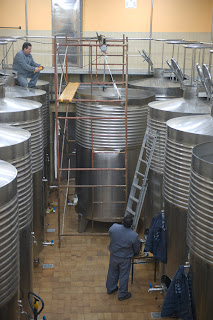 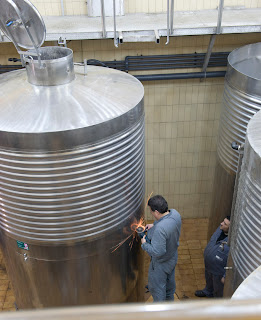 Cut into manageable pieces (albeit that we had to widen at least one door to accomodate their removal). 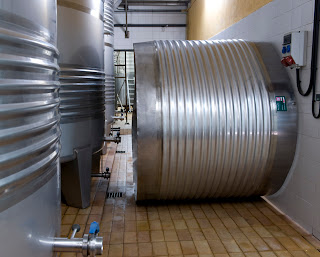 Rolled out of the cellar piece by piece. 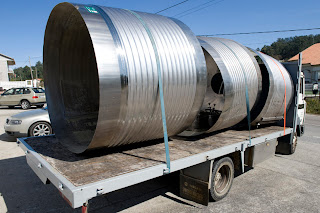 Loaded on to a truck to be taken to the workshop in Vigo. 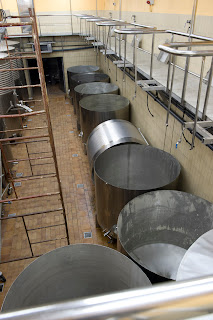 Leaving the cellar in a state of complete devastation!