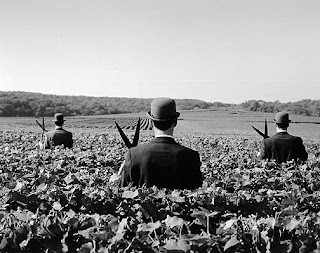 Now I don’t often do this, and I may even get into trouble for doing it, but I am going to reproduce the text of an article written the other day in one of the UK’s more serious newspapers. It simply highlights some of the idiosyncrasies and frustrations of doing business here in Spain, and could easily have been written by me (albeit that this version is much more succinct!) Unfortunately there are many painful truths…..

Spain is one of Europe’s great economic success stories; from low-wage backwater in the 1980s to modern global force today. However, do not be fooled by the shiny new wrapper: custom and tradition die hard in what is still an essentially conservative business society.

“Doing business in Spain is still more like negotiating in northern Africa than agreeing a deal in northern Europe,” says a British financier living in Madrid. “Si, Si often means no, no, and nothing gets done in a hurry.”

This lack or urgency may irritate those on a tight schedule. Spanish businessmen, particularly in multinational companies, are aware of this and will endeavour to adapt. However, government departments are indiscriminately bureaucratic and obstructive, despite regular promises by politicians to reduce red tape. In any case, it often pays to go with the flow.

Business meetings that may take 20 minutes in, say, Amsterdam, could drag on for an hour or more in Madrid. They can also seem a lot less structured, with participants appearing and disappearing with little explanation. Listening attentively, while a virtue in many societies, is optional in Spain.

“Be prepared for chaotic business negotiations,” advises the International Business Centre, a not-for-profit on-line advisory service. “Often numerous people will be speaking simultaneously.” Meetings are usually called or scheduled for late in the day, and run well into the evening.

Despite this relative chaos, business protocol and custom, though slowly dissolving in some sectors, is rigid. Attire is almost invariably sober and understated: dark suits, light shirts and conservative ties are the norm. One’s superior is always right and not to be contradicted, especially in front of others. Subordinates will often refer to a male chief executive as “Don” so-and-so, bestowing upon him a title best translated as “sir”.

Though foreigners are not expected to show the same deference, this treatment, on being introduced to the boss, will be appreciated. Use “Don” as part of a formal greeting, in Spanish, and your efforts will be noted. Simply effusing “Es un placer conocerle, Don Jaime”, or “Mucho gusto, Don Jaime” on shaking hands will unfailingly elicit compliments about the level of your Spanish. After that, first names are generally fine, though the occasional “Señor” followed by the surname will help maintain a basic level of formality. Get the surname right: Spaniards generally have two and, although customarily go by the first – which is the paternal one – they sometimes use the second. José Luis Rodríguez Zapatero, the prime minister, is a case in point.

Learning how to order a few favourite dishes in Spanish will also be a point-scorer. When there is business at hand, your host will generally insist on a three-course meal with wine, often prefaced with a beer and tapas and topped off with a post-prandial whisky or other spirit. These feasts rarely start before 2pm and can run to beyond 4pm, serving as a sort of long intermission in a commensurately long working day. Do not expect to find people in their offices during this time – Spaniards view with some disdain the idea of a quick sandwich at the desk.

Business is not necessarily the focus of what many would term a “working lunch”, but rather a way to get properly acquainted. “Ideally, you should talk shop at the table only if your Spanish companions initiate it,” advises ExecutivePlanet.com. “In any case, protocol requires that you wait until coffee is served at the end of the meal to bring up the subject of business.”

Avoid talk of politics until allegiances are established, and take note that Spaniards are sensitive to overt criticism of their country. “People in Spain – and other Latin societies – tend to confuse criticism of institutions with personal attacks,” says the head of an influential business lobby. This said, observations with a negative tinge are fine, although they are best offset with an equally unfavourable remark about one’s own country.

They also value family life above all else, so questions about your host’s family normally go down well. Football is another great leveller. Spaniards are also fiercely regional. The former chairman of one electricity group delighted in presenting to visitors a tome of photographs from his province. A few anecdotes about your own home will keep conversation flowing until talk finally gets around to business.