Happy All Hallows’ Even! 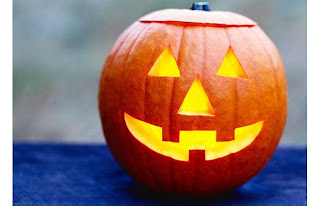 Today I simply wanted to make a post that nothing to do with damaged tanks, so I thought that I would make a quick mention of Halloween, and how Albariño is perfect with pumpkin pie! (Not true really, or it might be, I’ve just never tried it).

It’s really interesting that in the last few years (more or less the amount of time that I have been living in Spain) that there are a couple of festivals, or fiestas that have grown considerably in popularity – Halloween being one of them.

Whilst All Saints Day is a national holiday here in Spain, it would seem that very few people actually make the connection between All Hallows Eve and 1st November, All Hallows Day. I have actually asked a few young people if they knew the origin or significance of Halloween, and it would seem that this is understood even less than the significance of Christmas (don’t forget that the tradition in Spain was originally to celebrate the Reyes Magos (three kings) in January, rather than Christmas Day).

Halloween in Spain is most likely to have been adopted owing to the influence of American television, with all it’s associated costumes, lanterns and trick-or-treating etc. Few people realising that it is in fact an Ancient Gaelic Pagan holiday (Samhain), now celebrated irrespective of it’s religious origin.

The other fiesta that puzzles me slightly is the Feria Franca, or Medieval Fair, held in the City of Pontevedra each September. Inaugurated as recently as the year 2000, I have yet to find anyone who can actually explain the significance of this most impressive event – not that the Spanish have ever needed an excuse to party!