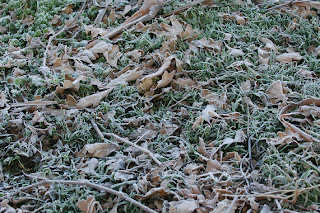 After weeks of sunshine, the cool, damp mists of Autumn that we would normally expect, have finally arrived here in Galicia. As vines start to shed their leaves and we experience a real chill in the air, this is natures way of telling us that it’s time to reach for the secateurs.

I have to say that I am never really sure whether the act of pruning signals the end of the 2007 cycle, or actually represents the first step in preparation for 2008. Whichever way, it is a long, tough job, and often in very unpleasant conditions.

By complete coincidence the ‘Word of the Day’ on my Google homepage yesterday was Pergola! The definition was as follows:

Pergola: (noun) An arbor or a passageway of columns supporting a roof of trellis work on which climbing plants are trained to grow.
Synonyms: arbor, bower
Usage: The thick vegetation met overhead, interlacing into a natural pergola

There are actually two theories why the Pergola system is used extensively in Rias Baixas. The first, and more popular theory is that it allows better circulation of air around the canopy, suspending the fruit high above the cool, damp Galician soils.

The second theory is that Galicia was (and to an extent still is) a poor, rural part of Spain where many people exist on subsistence farming. It is still quite common for Galicians to raise pigs, poultry, sheep and even cattle for home consumption, and growing your own vegetables is taken for granted outside the towns and cities. Land for farming is therefore a precious commodity that has to be exploited to the full, and for this reason using the overhead Pergola system allows people to grow a second crop, or even graze animals at ‘ground level’.

I am sorry to confess that as a ‘City Boy’ I opt for the local supermarket (where much of the fresh produce originates from our region anyway)!