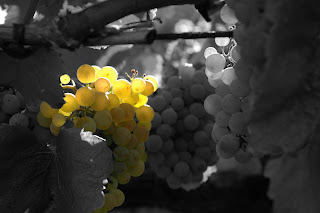 WINE OF THE WEEK
“Wines which really impressed me, but also cost less than £10. Most Wines of the Week are widely available across the UK, and often they are available internationally too.”

“The Martin family has been at the forefront of the wine revolution that has swept Galicia in the last two decades. Founded in 1981, the company was one of the first to vinify the indigenous Albariño with modern techniques and equipment. Angela Martin has been winemaker since 1993, and is married to Englishman Andrew McCarthy who runs the marketing and export operations.

The Castro Martin Family Reserve Albariño is mineral and fine. There is a distinct salty minerality on the nose, with a whiff of seaside ozone, then no shortage of pure, clean, limpid white fruit aromas. The palate almost shimmers with tang and vibrancy, and though it has a steely precision, there is just loads of fruit too that has a peachy, pear-like quality backed up by a vivid streak of lemon and mineral acidity. Delicious stuff.”

Footnote: Tom Cannavan is the publisher of

wine-pages.com, one of the world’s most popular and longest running wine sites, established in 1995. He is also the editor of Fine Expressions, a bi-monthly glossy magazine about the world of wine and other premium drinks and for several years was wine columnist for Harpers Wine & Spirit Weekly, and for The Sunday Post (Scotland’s biggest-selling newspaper). He also enjoys a successful freelance wine writing career, appearing in The Sunday Times, The Independent, Decanter and Wine Magazines. He has occasionally appeared on BBC radio and television.