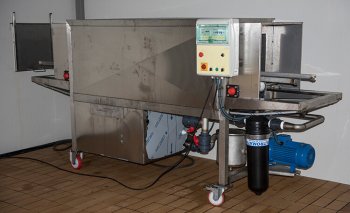 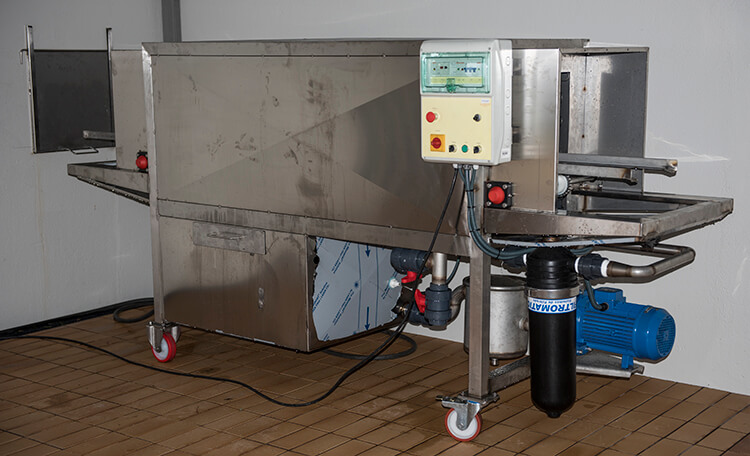 This is a special post simply to explain a significant delivery that arrived late last night. A few days ago I wrote about a window that we had made in the wall of our grape reception to accommodate a new piece of kit – well, the ‘kit’ finally arrived late last night (at 11pm, and much, much later than promised!). It is a new machine for washing the plastic cases that we use for picking, before we re-cycle them and send them out to be re-used.

Until now this was a job done by hand, with a hosepipe – it was slow and very labour intensive, especially when you consider that we have up t o 2,000 cases in circulation during harvest (and each one will be re-used several times).

When the machine arrived we were still busy, but we did not hesitate to connect it straight away, and press it into service. At that point there was still quite a backlog of cases to be washed, but within 20 minutes half of the mountain had disappeared, using two guys and leaving our cases almost spotlessly clean.

I am absolutely convinced that this will be a great investment, and will significantly streamline our operation. By next week we will probably be asking “why didn’t we buy this years ago?”